Have stubborn areas of fat you can’t lose? You may want to try CoolSculpting. 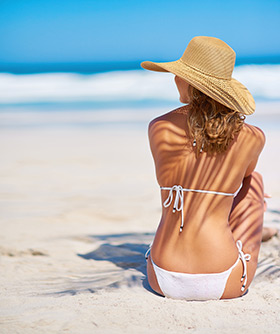 Diet after diet, workout after workout, and you still have fat. Maybe it’s belly fat, love handles, or fat on your hips that just won’t seem to go away.

You’re not alone. More and more people are turning to what’s called cryogenic lipolysis or cryolipolysis to remove areas of stubborn fat and sculpt their body to a desired shape. This FDA-approved technology supposedly freezes off fat to give you the body shape you desire.

How is this fat-freezing procedure performed? Are there risks or side effects and does it really work? Keep reading to find out.

Cryogenic lipolysis, marketed as CoolSculpting, takes advantage of the fact that fat cells are more sensitive to cold temperatures than are other cells. During this medical procedure, either a licensed practitioner or plastic surgeon uses a device to cool targeted areas of your body. The freezing temperatures kill the fat cells, leaving your skin and other tissue unharmed. At first, the fat will be hard and must be massaged for a few minutes to soften.

After several treatments over the course of a few weeks, the dead fat cells are naturally shed out of the body. Each treatment lasts about an hour, and you can resume normal activities after each treatment. Once you get started with the treatments, you can expect to see its effects really show up after two to four months.

How does cryogenic lipolysis compare to other fat removal procedures? The main benefit is that it’s non-surgical and non-invasive. There is no anesthesia, no incisions, no scars, and no long recovery period compared to a procedure such as liposuction.

When going with CoolSculpting, you can expect to reduce fat in the targeted area by up to 25 percent. Most exciting is that the frozen fat cells are gone for good unless you regain weight by eating poorly and skipping exercise.

Freeze off fat, never to be seen again. It sounds almost too good to be true, doesn’t it? Before making an appointment for CoolSculpting, it’s important to know the requirements, the possible risks, and the side effects.
The first thing you should know is that cryogenic lipolysis isn’t a treatment for obesity. People who are overweight can’t expect to freeze off all their body fat. Rather, cryogenic lipolysis is meant to work only trouble spots such as the abdomen, sides, back, chin, or thighs on people who are at or near a healthy weight. The fat has to be soft enough to be pinched.

The procedure itself isn’t painful, but you will feel extreme cold for several minutes along with a tugging sensation and pressure. Due to the cold temperatures, there may be redness, bruising, tingling, sensitivity, or numbness at the site for several days following the procedure. Some people experience stinging, aching, or pain at the site that goes away on its own after a week or two. The site may appear inflamed for several weeks as the body’s immune system removes the dead fat cells.

In some cases, a line will appear along the area where fat was frozen and fat remains. A small percentage of people may actually gain fat at the site of the procedure. Called paradoxical adipose hyperplasia, the frozen fat cells become larger instead of smaller six months after treatment. Why this happens remains a mystery, but men are at a greater risk for this unwanted event than women.

Additionally, serious complications can occur with CoolSculpting if you have a health condition such as cryoglobulinemia, paroxysmal cold hemoglobinuria, or cold agglutinin disease. No matter your health, check with your physician before taking the cold plunge. You may just need to exercise more and eat less. 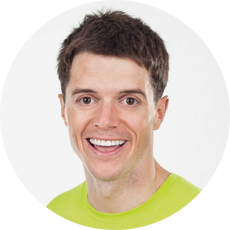